God of All Generations

Celtic strains of long ago

Speak daily to my soul

They stir within as in their day

The voice of God so deep and wide

Same Lord as then in me doth abide

Prompted by His Spirit

Cutting to the quick

To keep upon the narrow-

that leads to life eternal

Listening to the scurrling of bagpipes and drums when my mother took us to the Scottish Games in Canada brought me to contemplate the Scottish clans of years gone by in fabled tales of old which brought this poem to life in me.  What a gift we have in the Bible, the Holy Word of God written by Holy Spirit inspiration by many through the ages.  Can you imagine any other book or series of books so cogent and put together to support the theme of God’s love and His working in/through and in spite of the people written in the pages?

I think of the grace God had in Adam & Eve’s case.  He planned for the world’s redemption before he even created them in the Garden of Eden. What grace!  If God didn’t care, Adam and Eve would have continued to live in the Garden, eaten of the tree of life, and lived for eternity in the compromised, sinful state they were in.

As I continue reading through the book of Genesis, I see several parallels appear.  Abram and Sarai  were covered with grace to have God bring them out of Ur of the Chaldeans where they’d grown up, to the land He promised their descendants.  Even though Abraham lied; twice telling his wife to claim to be his sister (which she really was) to save his butt, God intervened and kept the men from defiling Sarah.  Even though they followed the tribal custom and Sarah gave her maid Hagar as Abraham’s 2nd wife to try and fulfill God’s plan of a son on their own, God still had a plan to bless Hagar and Ishmael, and still fulfilled His end of the deal sending Isaac when Sarah was 91 and Abraham was 101!  As we go into Isaac’s life in chapter 26, we see he did the same as his father moving away from a famine: ‘So Isaac dwelt in Gerar.  And the men of the place asked about his wife.  And he said, “She is my sister” for he was afraid…(Genesis 26: 6-7).  When Isaac’s wife Rebekah finds twins tussling in her womb, God tells her two nations are within and that the elder will serve the younger.  We see Esau the elder giving Jacob the younger his birthright for a bowl of stew.  God’s prophecy is fulfilled in chapter 27 for the boys, then culminated in the two nations that meet later in chapter 32 where we see Jacob and Esau meeting, each with 12 “princes” in tow.  In chapter 48, as Jacob is dying, he blesses Joseph’s sons Manasseh and Ephraim, also giving the elder child’s blessing to the younger! 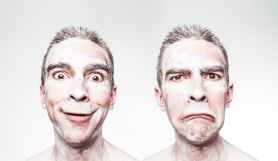 Yes, God blessed even the “bad boys” but made it clear that the Israelites would come through Isaac, then through Jacob.  Remember, Rahab the prostitute was in Jesus’ lineage as well as Ruth, who was a Moabite, the line that came from Lot’s daughters’ incest.  Dr. Francis Myles on Sid Roth’s ISN network was talking about John the Baptist’s family line.  The people couldn’t fathom why Zechariah and Elizabeth would call the baby John since that name had never been used in their family line.  If God didn’t tell Zechariah to call him John and to raise him as a nazarite, he would have been a Levite Priest named after someone in the family line. Francis said this changed John’s bloodline; he was born for a specific purpose, a VERY SHORT ministry that may have only lasted 6 months before he was beheaded and Jesus came into ministry.  Because of this, God did not give John the burdens of the family blood line to entangle him so he was free to do what God planned for him.

Through out the Old Testament, even into the new, the Lord God repeats His promise of blessing on the line of Israel.  No matter how messy the family line gets, God’s mercy and grace uses all things to bring about the promised Savior of the world at “Just The Right Time”.  In His great mercy, we have been added to the line by adoption because of the blood of the Lamb accomplished by  Christ Jesus being faithful to the end; even to death on the cross, to fulfill God’s ultimate plan of salvation and healing for the nations. He not only died, but rose from death on the third day as was prophesied from the beginning of the world.  The grace Christ left us with is enough to bring salvation to all who choose to accept it and to make us righteous as we appropriate what Christ won for us. 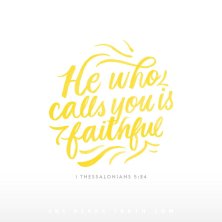 I choose in faith to take up the authority over death and hell that Christ Jesus won for us from Satan and his evil cohorts and walk in victory and authority, trusting in what Jesus Christ did for each of us.  If it sounds too good to be true, think about the grace in Jesus we have.  I think He is the only one we can trust for this life and for Eternity beyond!  Jesus is calling; will you join me  in this journey loved ones?