With Every Heart Beat…

Every Cell In Your Body is REPROGRAMMED!

I think it’s time to get a bit more personal with my writing, so here goes!

I’ve been watching Sid Roth’s ISN – It’s Supernatural! Network lately and been really blessed with the programs and the people Sid interviews.  I’ve received faith for healing, encouragement to choose not to fear, instigation to pray in tongues more often, and wonderful worship music among other things.  This morning (Monday, April 16, 2018) I watched Sid interviewing Jim Richards and his revelations on healing really resonated with me!

Jim shared that science is confirming what the Bible says.  Scientist have found that words are of different frequencies and every organ in our body has its own frequency.  When we hold onto hurts and offenses and unforgiveness, it becomes a vibration that hurts our body.  If we forgive, it sends healing frequencies through our body.

Romans 12:1 I beseech you therefore, brethren, by the mercies of God, that you present your bodies a living sacrifice, holy, acceptable to God, which is your reasonable service. 2 And do not be conformed to this world, but be transformed by the renewing of your mind, that you may prove what is that good and acceptable and perfect will of God. 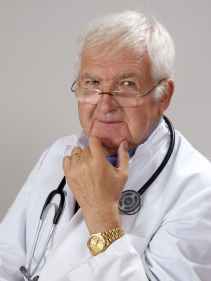 Coming back to my title:  Jim said science has found every cell in your body is reprogrammed every time your heart beats.  The heart reprograms the cells to what you are thinking.  This means if I’m upset about what I saw on the news or the person who cut me off in traffic, I take on thoughts that are detrimental to my well being.  If I replace those thoughts with words of love, promises of God and who I am in Christ, I create positive, healthy words for my body to feed on.

Proverbs 17:22
A merry heart does good, like medicine, But a broken spirit dries the bones.

Having heard so much about healing and what we think about lately, I’ve seen some interesting things.  Many people are healed of arthritis when they choose to forgive people that they were holding in bondage by their judgement.  Many illnesses/diseases/syndromes are exacerbated by stress caused by fear, worry, depression, etc.

For a personal example:  I’ve suffered eczema outbreaks on my hands since November of 1983.  As I’ve gone back to see what started this, I remembered my grandmother had eczema.  When I first broke out, I had two children under 2 and we were just moving for the first time in our marriage, in the cold of November,which along with two baby’s diapers to change, brought the condition on.  I took this as my cross to bear, taking on the mantle of generational things from my grandmother.  I realized through this journey of 35 years the more anxious I got, the more stressed I was, the worse I broke out.  The winter of 2016-2017 I had the worst case ever on the back of my hands.  It was so bad, I thought it had turned into something else! At this time, we were in the midst of a move and I was ending a 30 year stay at one church and beginning at a new church in another area.  Many things were up in the air… stress again!  When my hands began to break out and I found patches starting on other parts of my body about November of 2017, I called and asked my doctor’s office for the new eczema ointment being advertised on TV.  The samples seemed to help, so I asked for a prescription.  I waited and waited for the prescription to be filled, then found out my insurance would not cover the ointment unless I was examined and found to have eczema over a good portion of my body.  We were heading to our daughter’s family in Los Angeles for a month at that point, so I decided not to fight for the prescription any more.  I managed to treat my hands such that I did not have a massive breakout as I’d had the year before. The end of January, looking for a hand cream that didn’t irritate my condition, I found information that said if water is the first or second item on the ingredient list, the cream or lotion sucks water out of your skin (the opposite of what I use these things for!)  I finally found a couple ointments without water in their ingredients and found some relief.

About a month ago (end of February), I went to show someone my case of eczema and found I had clear hands!  The person was almost doubtful I’d really had it!  Praise the Lord, it’s over two months and I’m still healed!  Believe it or not, I’ve been doing a lot of cleaning which usually sets off the rash, and no sign of breakout!

Proverbs 23:15 My son, if your heart is wise,
My heart will rejoice—indeed, I myself;
16 Yes, my inmost being will rejoice
When your lips speak right things.

SO, I have been learning to speak life and truth.  The Spirit is good to show me quickly when I start to worry, complain, get frustrated, start vain arguments…If I wake up with a twinge of pain or something, I thank Jesus for His healing, claim my body is a well-watered garden, and tell the devil to leave.  By the time I get up, I’m fine!  Someone said the devil will keep trying to lay infirmity on you until he’s sure he’s defeated; that you’re not going to give up.  I can feel the Lord rejoicing over me and putting joy in my mouth when I choose to speak right things, when I choose to bless and not curse those who “push my buttons”.

Jesus Teaches the Fear of God

Luke 12:4 “And I say to you, My friends, do not be afraid of those who kill the body, and after that have no more that they can do. 5 But I will show you whom you should fear: Fear Him who, after He has killed, has power to cast into hell; yes, I say to you, fear Him!

Matthew 10:28 And do not fear those who kill the body but cannot kill the soul. But rather fear Him who is able to destroy both soul and body in hell.

This brings to mind a story our Pastor once shared about a church in South America:  The guerilla fighters came into the church, ordered everyone out into the church courtyard, as they brought the big pulpit Bible and laid it open on the ground.  They ordered the people at gun point to line up and they were given the choice: spit on the Bible or be shot.  One young girl knelt down and kissed the Bible.  They shot and killed her, which brought fear of man on the rest of the people.  They each obeyed the guerillas and spit on the Bible to save themselves.  At the end, the fighters lined them  up against the wall and killed them anyway.

This is a graphic example to me of Jesus’ words.  In these troubling days:  if God’s work is to be accomplished, we need the fear of the Lord and not the fear of man.  I leave you all to ponder, and pray Holy Spirit leads you into all truth and that as you learn to renew your mind and choose to speak things that will please God, you will have revelation of healing in the Blood of Jesus.  I encourage you to dig into the Word of God for yourself!