Welcome to the second installment in my survey of Biblical chapter 5’s verse 7’s. Let’s start with 1 Samuel.

1 Samuel 5:7 And when the men of Ashdod saw how it was, they said, “The ark of the God of Israel must not remain with us, for His hand is harsh toward us and Dagon our god.”

Ashdod had stolen the Ark of God during a battle with Israel. Their god Dagon could not stand up before the Ark of God’s Presence. We must cleanse ourselves and bow before our God to come into His Glory; now it’s done by the blood of Jesus.

2 Samuel 5:7 Nevertheless David took the stronghold of Zion (that is, the City of David).

This is the marvelous time when King David conquered the kingdom and began to reign from Zion. It was a mighty battle ingeniously won by David’s valiant men.

1 Kings 5:7 So it was, when Hiram heard the words of Solomon, that he rejoiced greatly and said, Blessed be the Lord this day, for He has given David a wise son over this great people!

People came from all around to see the wonders God bestowed on King Solomon. King Hiram gave praise to the Lord God of Israel because of the wisdom and blessings poured out on Solomon, King David’s successor.

2 Kings 5:7 And it happened, when the king of Israel read the letter, that he tore his clothes and said, “Am I God, to kill and make alive, that this man sends a man to me to heal him of his leprosy? Therefore please consider, and see how he seeks a quarrel with me.”

Namaan’s king sent him to the Prophet Elisha to heal his leprosy. He erroneously went to the king instead, causing the king grief. Elisha heard what was going on and had the king  send the man to him; Namaan was healed by the hand of God through the Prophet. Afterward, Gehazi made the mistake of getting the reward from Namaan after Elisha refused payment. God laid Namaan’s leprosy on Gehazi for the sin of greed!

1 Chronicles 5:7 And his brethren by their families, when the genealogy of their generations was registered: the chief, Jeiel, and Zechariah,

This is in the middle of the genealogy of the sons of Reuben. This line was actually taken from Reuben due to his sin and given to Joseph’s sons. It also gives some history of God’s people along with the birth orders; something we like to get with our DNA/Genealogies today.

2 Chronicles 5:7 Then the priests brought in the ark of the covenant of the Lord to its place, into the inner sanctuary of the temple, to the Most Holy Place, under the wings of the cherubim

The Ark of the Covenant of the Lord was brought into the Temple King Solomon had made. Remember what happened when the Ark was in Ashdod?  The Ark was finally in the place God said He’d dwell with his people.

These Scriptures all deal with the orderly, correct way to approach the glory of God. Think about this: today the glory of God lives inside us when we ask Jesus into our heart. The seekers of the lost Ark are looking in all the wrong places for the priceless treasure we hold inside us! Imagine if anyone ever finds it, they may suffer the fate of Dagon, god of Ashdod! I pray you draw near to the One who is only accessible through the Blood of Jesus Christ. His holiness is to be desired and only found in one place; the redeemed human heart! 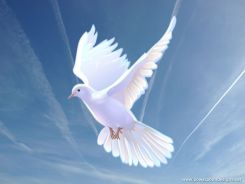